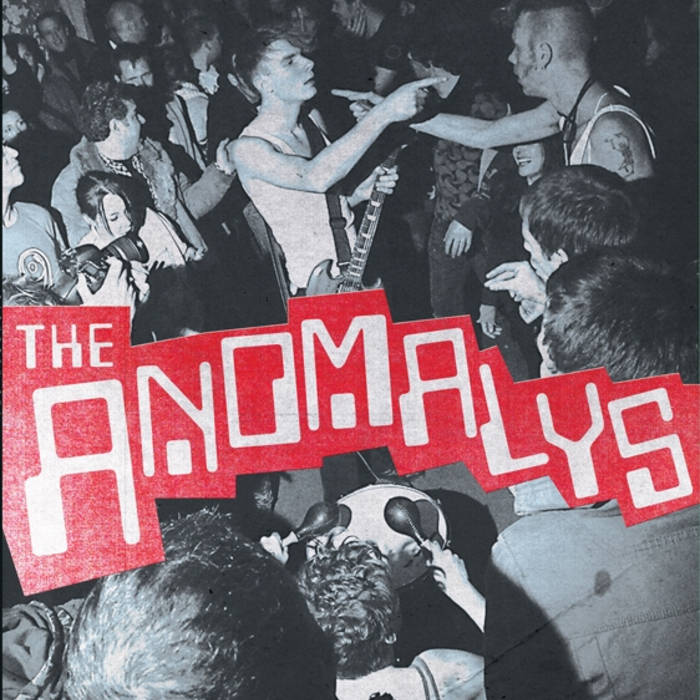 Amsterdam's THE ANOMALYS have finally recorded their debut LP, and what better label to present this smokin' full length than your ultimate source for sickness, Slovenly Recordings? Guitars smolder with crushing, echo-frenzied grunts and wails, and the dumb-drums get pummeled into submission. Lead by a rasp-throated screamer, these cheese-fed behemoths display utter rage for two sides of 100% drag-strip approved garage-punk grease with nods to the snarling and surly side of ferocious punk legends. This LP is a perfect pill to amp you up for a night of going out and fucking yourself up.

The Anomalys from Amsterdam, Holland released their self-titled debut album on Slovenly Recordings in the USA in 2010. Their special brand of psychotic, unpredictable and primitive rock 'n roll has turned many audiences at shows from Istanbul to Las Vegas into insane mobs. This rings true to the one and only mission of these three giant, hyperactive monsters: making rock 'n roll dangerous again! ... more

Bandcamp Daily  your guide to the world of Bandcamp

New sounds from Mavi, Ivy Sole & Moderator, plus AJ, the One joins the show, for her latest release